Amman – a unique blend of antique and novel

AmmanGetting ThereGood To KnowOn the groundUnderstandMuseumOther info
fascinating city of contrasts – a unique blend of old and new, ideally situated on a hilly area between the desert and the fertile Jordan Valley .. one of the easiest cities in which to enjoy the Middle East experience

Downtown Amman is a must-see. At the bottom of the city’s many hills and overlooked by the magisterial Citadel, it features spectacular Roman ruins, an international-standard museum and the hubbub of mosques, souqs and coffeehouses that are central to Jordanian life.

A large number of international airlines service Amman daily. A bus service leaves the airport every half an hour to Amman’s Abdali bus station, but the easiest way to get to the city is by taxi. The journey should take about half an hour.

From Aqaba: If you’re flying into the Kingdom through Aqaba and would like to visit Amman during your stay you can take one of the daily flights from King Hussein International Airport in Aqaba. If you’d like to go by land, the drive is around 4 hours through the Desert Highway and 5 hours through the more scenic King’s Highway.

In the commercial heart of the city, ultra-modern buildings, hotels, smart restaurants, art galleries and boutiques rub shoulders comfortably with traditional coffee shops and tiny artisans’ workshops. Everywhere there is evidence of the city’s much older past.

Due to the city’s modern-day prosperity and temperate climate, almost half of Jordan’s population is concentrated in the Amman area. The residential suburbs consist of mainly tree-lined streets and avenues flanked by elegant, almost uniformly white houses in accordance with a municipal law, which states that all buildings must be faced with local stone. 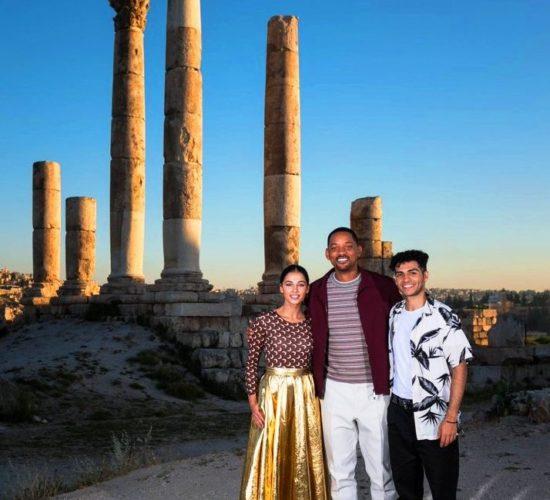 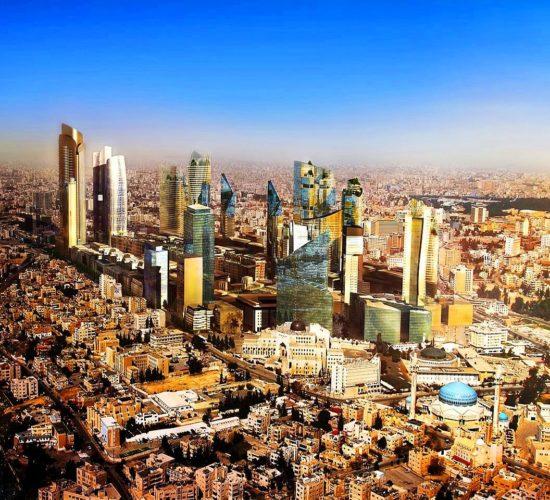 It is very well known for its seven hills that are burst with stone colored houses of plane roofs.
Its hills get a remarkable admiration by the tourists. It is called the White City after its luminous white houses that date to many past ages.

It is simply a combination of the old world and the new world. It may be considered one of the oldest cities on earth.
Many civilizations have lived in Jordan, we mention some of them: Ammonites, Babylonians, Nabateans, Romans, Circassains knowing that these civilizations left a great impact on its populations’ way of living to prosper and become what it is nowadays.

Its old buildings has been renovated with the same architectural methods, to keep the same historical attractions that magnetize the tourists and force them to spend a memorable stay in Amman and enjoy its sites joyfully with the company of its people’s hospitality.

You will definitely enjoy your stay in Amman, a mixture of ancient and modern life that guide you to explore the treasures of such a wonderful ancient city.

Various helpful tips and ideas for your visit

Transportation in Jordan is not a concern; Queen Alia International Airport is about 30 minutes away from south Amman. Bus and taxi means are also available to ease your touristic stay at Amman.

As for its weather, you can take benefit of its 4 seasons, summer temperatures vary between 28 and 35 degrees Celsius, winter time is not a tough time, some rain and it rarely snows. Spring and Autumn are truly agreeable.

The Jordanian Dinar (JOD). Currently, the exchange rate is $1.14 USD to 1 Dinar.

ATMs can be found in many places around the city, while major hotels and restaurants will accept Mastercard and Visa.

The most widely spoken language is Arabic, but most people in Amman will have a basic knowledge of English that should allow most people to get by.

It’s highly not recommend driving a car in Amman. Hire a driver or go with an organized tour. The traffic in Amman is unbearably heavy. Expect to spend a lot of time in traffic.

Recent excavations have uncovered homes and towers believed to have been built during the Stone Age with many references to it in the Bible. Amman was known in the Old Testament as Rabbath-Ammon, the capital of the Ammonites around 1200 BC, it was also referred to as “the City of Waters”. In Greco-Roman times in the 3rd century BC, the City was renamed Philadelphia (Greek for “The Brotherhood Love”) after the Ptolemaic ruler Philadelphus (283-246 BC).

The City later came under Seleucid as well as Nabataean rule until the Roman General Pompey annexed Syria and made Philadelphia “Amman” part of the Decapolis League – a loose alliance of ten free city-states, bound by powerful commercial, political, and cultural interests under overall allegiance to Rome. Under the influence of the Roman culture, Philadelphia was reconstructed in typically grand Roman style with colonnaded streets, baths, an Amphitheater, and impressive public buildings.

During the Byzantine period, Philadelphia “Amman” was the seat of a Christian Bishop, and therefore several churches were built. The city declined somewhat until the year 635 AD. As Islam spread northwards from the Arabian Peninsula, the land became part of its domain. Its original Semitic name Ammon or Amman was returned to it.

With various shifts in political power over the following centuries, Amman’s fortunes declined. During the Crusades and under the Mameluks of Egypt, Amman’s importance was overtaken by the rise of Karak in the south. By 1321 AD, it was reported that Amman was “a very ancient town and was ruined before the days of Islam” there are great ruins here and the river al-Zarqa flows through them.” 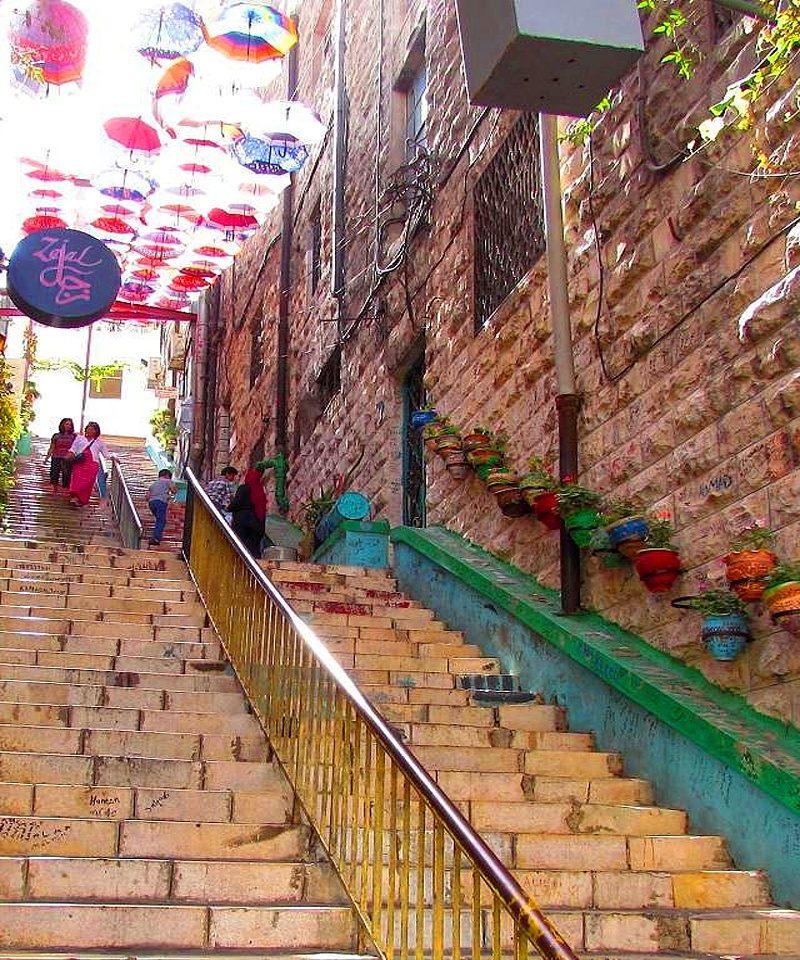 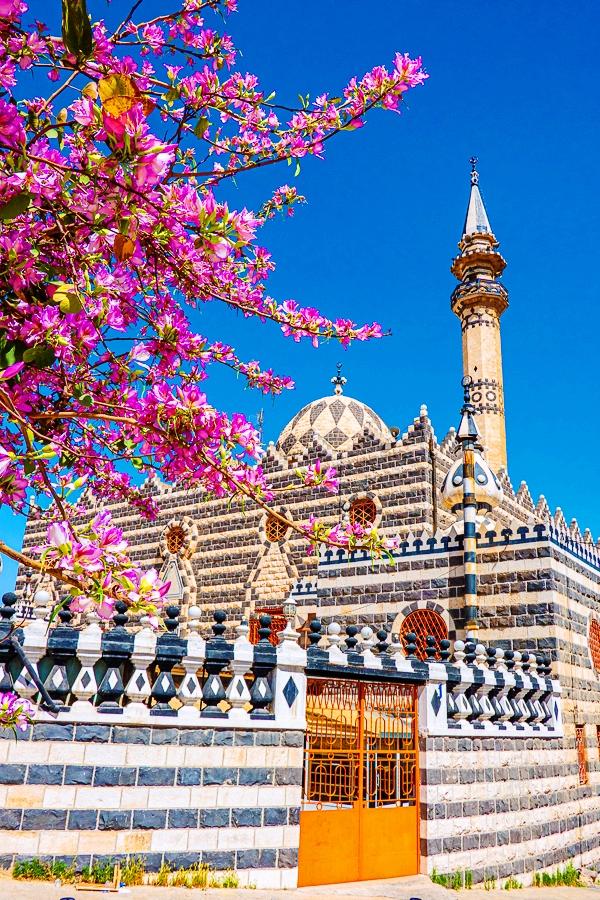 Under the Ottoman Empire, Amman remained a small backwater with As-Salt being the main town of the area. By 1806, the city was reported to be uninhabited except for the Bedouins.
The departure of the Ottomans from the region coincided with the exodus of a large numbers of Circassian and other persecuted Muslims from the Caucasus. They found refuge in the area and established a settlement on the east bank of the Jordan River. Although they were mostly farmers, among these early settlers there were also gold and silversmiths and other craftsmen, and it wasn’t long before they built rough roads linking their settlement to Amman. Commerce, once again, began to flourish.

During the last ten years, the city has experienced an economic, cultural and urban boom. The large growth in population has significantly increased the need for new accommodation, and new districts of the city were established at a quick pace. This strained Jordan’s scarce water supply and exposed Amman to the dangers of quick expansion without careful municipal planning. Amman is the site of major mega projects such as the Abdali Urban Regeneration Project and the Jordan Gate Towers. The city contains several high-end hotel franchises including the Four Seasons Hotel Amman, Sheraton Hotel Amman, Fairmont Amman, St. Regis Hotel Amman, Le Royal Hotel and others.

in Amman, the downtown area is much older and more traditional with smaller businesses producing and selling everything from fabulous jewelry to everyday household items.

The people of Amman are multi-cultural, multi-denominational, well-educated and extremely hospitable. They welcome visitors and take pride in showing them around their fascinating and vibrant city.

Jordan Museum is located in the dynamic new downtown area of Ras al-‘Ayn. Presenting the history and cultural heritage of Jordan in a series of beautifully designed galleries, The Jordan Museum serves as a comprehensive national centre for learning and knowledge that reflects Jordan’s history and culture, and presents in an engaging yet educational way the Kingdom’s historic, antique and heritage property as part of the ongoing story of Jordan’s past, present, and future.

The city’s culinary scene has changed from its shawerma stands and falafel joints to embrace many popular western restaurants and fast-food outlets such as Asian fusion restaurants, French bistros and Italian trattorias. The city has become famous for its fine dining scene among Western expatriates and Persian Gulf tourists. 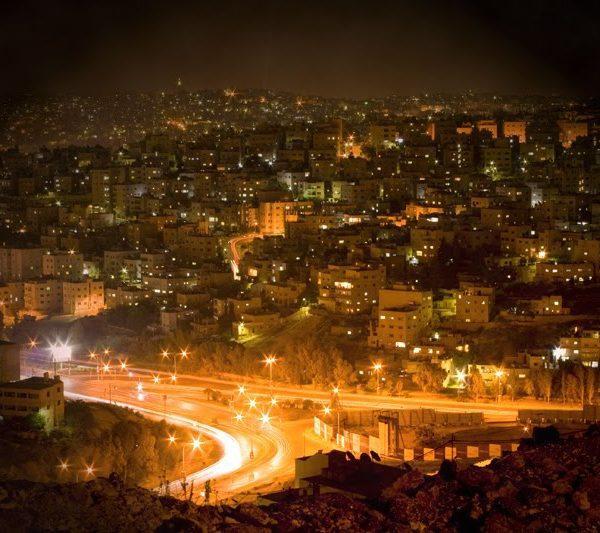 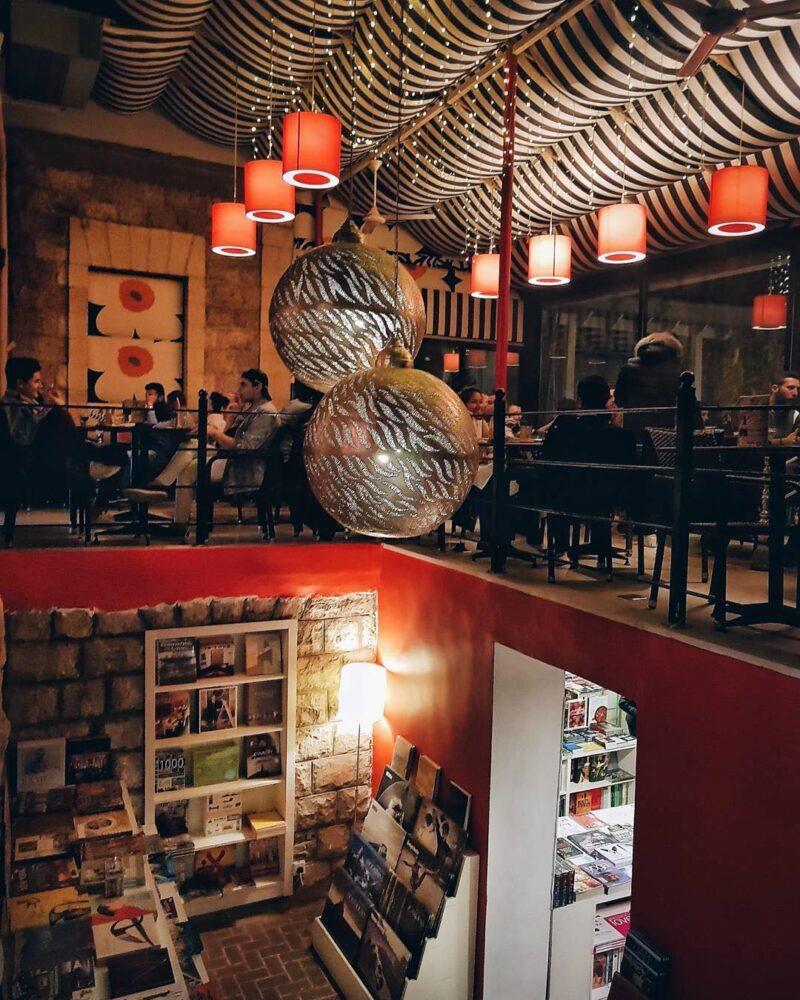 With its rich history and repertoire of cafés usually taking the limelight, Amman might not immediately strike travelers as a top destination for nightlife. However, since the turn of the century, the local culture and the influence of globalization have combined to develop several distinct scenes.

Several of those renowned cafés now serve alcohol into the late hours of the night (or morning, rather), to the tune of international bands and trendy DJs. Snazzy rooftop bars offer views and ambiance to rival any, and the nightclub scene is alive and well thanks to young Jordanians’ affinity for electronic music. There is something and somewhere in Amman for every type of reveler, but one has to know where to look — that’s where we come in.

Nightclubs, music bars and shisha lounges are present across Amman, changing the city’s old image as the conservative capital of the kingdom. This burgeoning new nightlife scene is shaped by Jordan’s young population. In addition to the wide range of drinking and dancing venues on the social circuit of the city’s affluent crowd, Amman hosts cultural entertainment events, including the annual Amman Summer Festival. Souk Jara is a Jordanian weekly flea market event that occurs every Friday throughout the summer.

Sweifieh is considered to be the unofficial red-light district of Amman as it holds most of the city’s nightclubs, bars. Jabal Amman and Jabal al-Weibdeh are home to many pubs and bars as well, making the area popular among bar hoppers.

Alcohol is widely available in restaurants, bars, nightclubs, and supermarkets. There are numerous nightclubs and bars across the city, especially in West Amman. As of 2011, there were 77 registered nightclubs in Jordan (excluding bars and pubs), overwhelmingly located in the capital city. In 2009, there were 222 registered liquor stores in Amman.