One of the best examples of a Nabatean settlement since it has a relatively well preserved archaeological material, a well marked proto-urban focus, a clear definition of catchments areas and since a wide array of water-harvesting techniques was used.

The original transliteration of the modern Arabic name of Humayma was chosen in 1981 when the fieldwork started in the region.
The transliteration was changed in the 1989 report to Humeima (the official Jordanian spelling has changed recently), which apparently is more correct.
The example of Humayma/Humeima is fairly easy to figure out. So is the changes between Auara/Avara. The name of the spring: Qana/Ghana/Qanah was a bit more difficult.

Ancient Hawar, was a settlement center in Edom, the desert region of southern Jordan, was an important historical site, as it is a city that was founded by the Nabataeans, and survived only into the Byzantine era According to Greek historical tradition, the Nabataean King Aretas III founded Hawar in the 80s BC.
According to legend; ” … Aretas set out to investigate the oracle, which was ‘to seek a place auara – that is ‘white’ in Arabic. When Aretas had arrived and was keeping watch there appeared to him an apparition, a man clothed in white riding a white camel, and when the apparition disappeared there appeared spontaneously a craggy hill firmly rooted in the earth.
There he founded a town.” 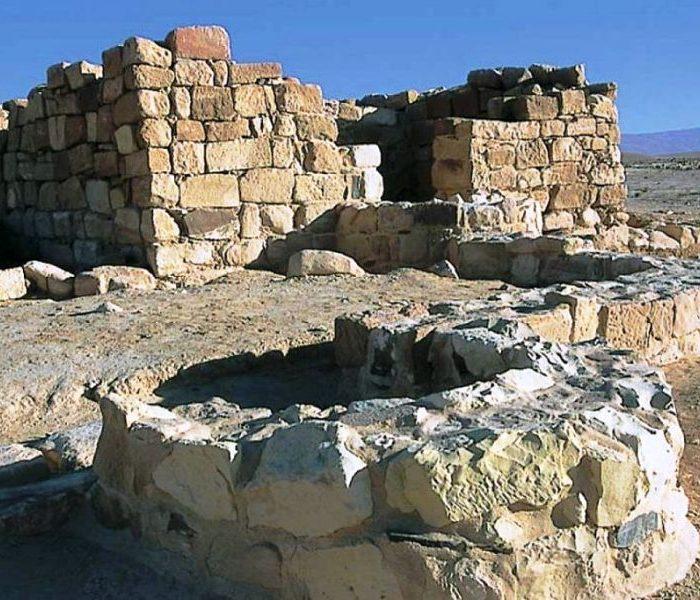 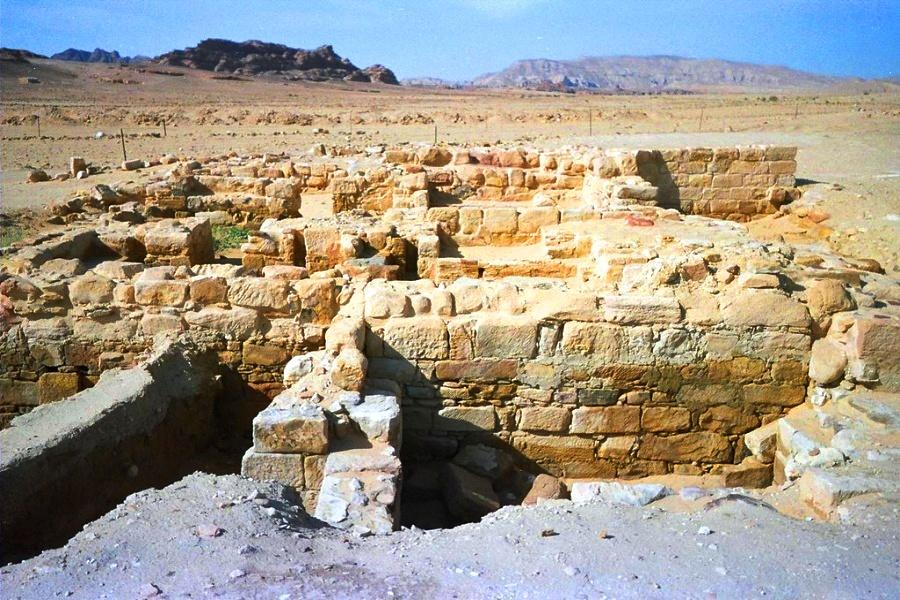 The historical context suggests that King Aretas hoped Hawar would serve as a center for sedentarization of the nomadic Nabataean pastoralists who occupied the area.

Through careful management of the meager spring water and precipitation, the resulting community was able to enjoy a settled existence based on agriculture, stock-raising, and servicing caravans.

During the Muslim conquests, the Abbasid family maintained a large house and a mosque here, and from this site they launched their takeover of the Muslim Empire. The Muslim section of the city was on the south side, and probably much of the city was in ruins during their time, due to several devastating earthquakes. (19 May 363; 9 July 551).

Most of the city is still a pile of stones. Despite years of excavating, archaeologists are still just beginning to discover what all lies beneath these piles of rocks.

Also the large, early Abbasid qasr (fortified house) and mosque that served as the residence of the famous Abbasid family.

It have been probed miscellaneous structures within the settlement center and sampled many of the partly plundered rock-cut tombs surrounding it.

Also consolidated the bath building, one church, the mosque, portions of the fort, and generally cleaned up the site for tourism.

for the History Side: First of all, there are no obvious major disruptions in the archaeological record across the whole site. In addition, the Nabataean ceramic tradition continued to evolve throughout the “Roman” and “Byzantine” periods at Hawar. Finally, the family and place names in the sixth-century Petra papyrus archive document the continuity of the Nabataean culture around Petra, the cultural capital of the region, well into the Byzantine period.

The racial background and/or the cultural education of the elite, however, changed along with the political situation. In succession, Roman or Byzantine military administrators, Orthodox or heterodox clergy, and the ambitious descendants of Abd-Allah ibn al-Abbas shaped the function and appearance of the settlement to suit their own new and very different priorities.
The restrictions of the desert environment remained, although they were tempered by Nabataean and Roman hydraulic skill, but the appearance of Hawar and the patterns of life in it were shaped by each new cultural step.

Briefly : Humeimah was founded by the Nabataean King Aretas III in the 80s B.C. as, to serve as a center for sedentarisation of the local nomadic Nabataean shepherds at a time when regional trade routes were shifting elsewhere, and as a strategy of state formation by a developing monarchy.
Through careful management of the meager spring water and precipitation, the community was able to enjoy a settled existence based on agriculture, stock-raising, and passing caravans. Soon after the Roman conquest of the Nabataean kingdom in 106 AD and formation of the Provincia Arabia, Trajan’s forces built a major fort at the site to administer this region and suppress any local resistance.
A modest prosperity continued through the Byzantine and early Islamic periods, until the site was abandoned around 750 A.C.
The settlement is located at the conflux of several run-off fields that provide a reliable supply and manageable amount of water to two public reservoirs and numerous private, domestic cisterns. Furthermore, it sits at the southernmost point that could conveniently be reached by a gravity flow aqueduct fed by springs on the escarpment 15 km to the north, and it is near good agricultural soil and a route to the Wadi Arabah.
The scale of the first-century B.C. or A.C. public reservoirs and aqueduct indicate central, probably royal, planning and sponsorship. 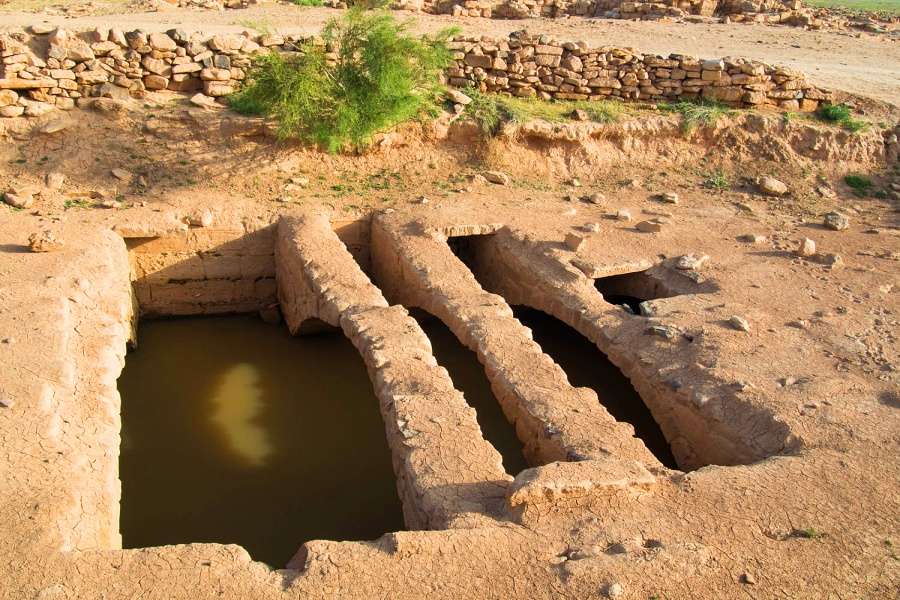 As mentioned in above legend: Aretas went into the desert, followed a vision of a man clad in white riding on a white camel, and founded the town below a hill where the vision disappeared.
The emphasis on “white,” still suggested by the name al-Ilumayma that appeared in the early Islamic period, most likely refers to the pillowy hills of pure white sandstone of the Disi Formation, to the east and north of the site.

No pre-existing settlement is mentioned by Uranios, and indeed no sherds clearly earlier than the first century BC have appeared in six seasons of excavation.

Stone tools from the Upper Pleistocene through Chalcolithic periods carpet the hills around the site, and there are traces of an Iron Age Edomite tower several kilometres to the northwest, but only wandering Bedouin—like the mysterious camel rider Aretas saw—occupied the region.
The King’s Highway must have passed close by or even across the site, since its successor the “Via Nova Traiana” passed through it too, but apparently there was nothing to attract early travelers. 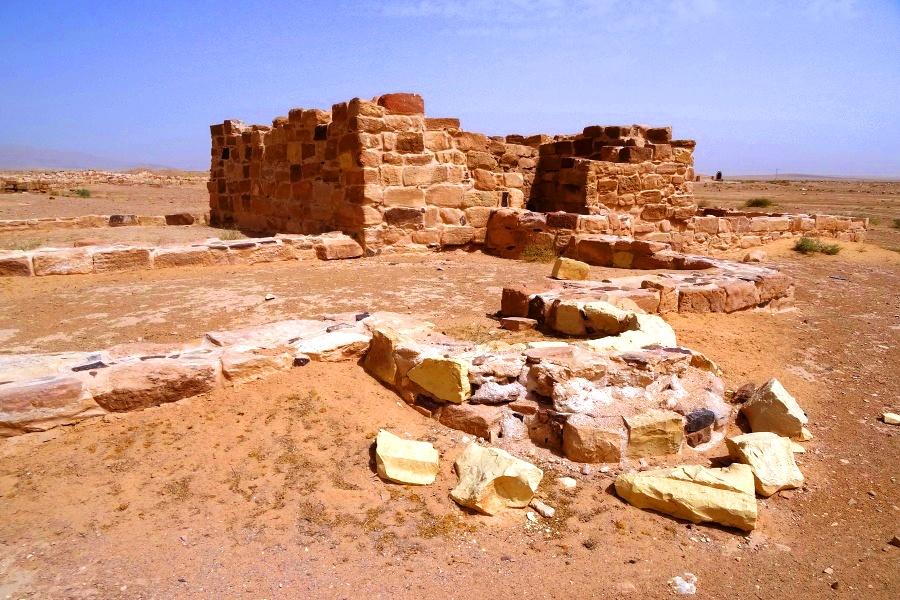 Excavation has shown conclusively that Roman forces arrived in Hawar soon after the emperor Trajan annexed the Nabataean kingdom as the Provincia Arabia in AD 106.
They built a large fort on slightly higher ground just outside the settlement centre of al-tlumayma—separated from the civilian activities, but close enough for surveillance of the population.

Water-supply naturally remained an important consideration, even though the Nabataeans had already solved the major problems. The topography of the ridge—selected for purposes of surveillance and defence—was not suitable for run-off water-supply systems. In consequence, the fort was placed close to the Nabataean reservoir at the end of the aqueduct, and the aqueduct itself was tapped to fill a reservoir inside the fort walls.
The Romans also found new uses for the original Nabataean aqueduct system, diverting some of the water to a heated bath building outside the fort. 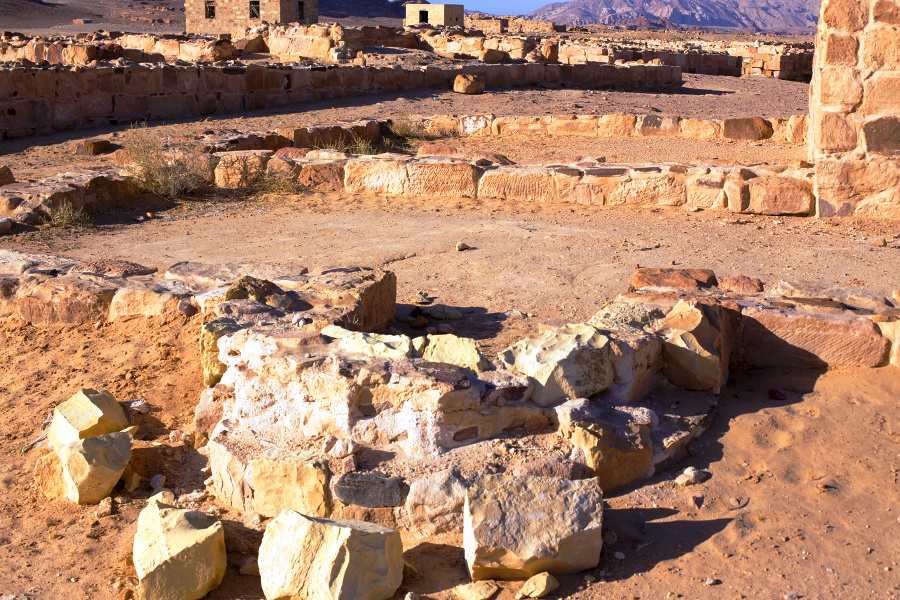 The Arabs were early, enthusiastic adherents of Christianity, particularly in the Provincia Arabia, and by the mid-third century they provided what may have been Rome’s first Christian emperor—Philip the Arab.

The population of Hawar was no exception to this tradition of spirituality, and at least five large churches were built in the fifth and sixth centuries, dramatically changing the appearance of the small settlement.
Conversely, the fort was abandoned early in the fifth century, as the Byzantine emperors turned their eyes elsewhere and changed the strategy of imperial administration and defense.
At Hawar, religious interests supplanted military assertion.

Although none of the churches so far identified was embellished with the mosaic floors seen, for example, in the contemporary church at Petra , even the smallest incorporated fine marble columns or chancel screens carved with crosses and tendril motifs. The marble, visually identical with that found at Petra, has been attributed by source analysis to quarries at Proconnesus and Thasos. 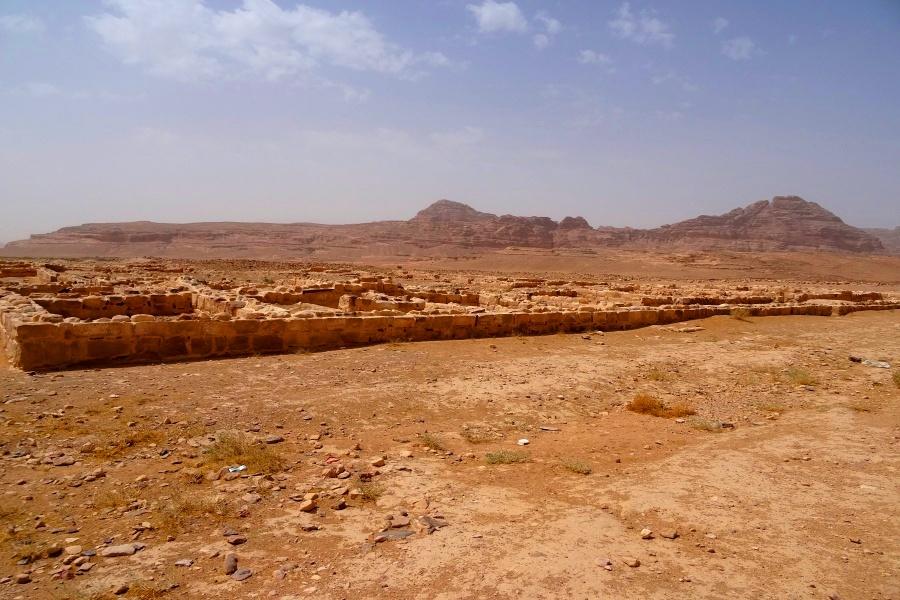 A new wave of Arabism poured over and past al Humayma in the mid-seventh century, with the arrival of the armies and the religion of Islam.
The churches gradually were abandoned or renovated for housing as many Christians either left or converted.
According to an early Islamic historian, ‘Ali son of `AbdAllah ibn al-‘Abbas, purchased al-humayma, as it was now called, soon after 687/688 (AH 68) and built a house with a mosque on the site. His son Muhammad created a garden that included a grove of 500 olive trees.
The olive trees have disappeared without trace (although a new grove was planted 15 years ago and is flourishing), but the house and mosque have been found.
The house “Qasr” has a roughly square plan, approximately 61 by 50 m, with a recessed entrance facing east, and a large central court.
At least one room was decorated with bright frescoes of flowers and tendrils and contained carved ivory furniture. The small family mosque was built just outside the southeast corner, adjacent to a second, outline mosque of uncertain date.