Housed in the Western hall of the Roman Theatre, exhibits costumes and items of daily life from the 19th and early 20th cent. from different Jordanian regions.

Founded by the Department of Antiquities in 1975, housed in the Western lateral hall of the Roman Theatre (from the entrance to the right), the museum exhibits costumes and items of daily life, weapons, and musical instruments from the 19th and early 20th centuries, belonging to the culture of the desert , villages and towns.

Mannequins dressed in traditional costumes are displayed in daily life scenes, such as women in a Jordanian seating area in front of a house, men playing backgammon sitting at a nicely crafted inlaid table, a countryside room where women prepare bread, a weaving room where the looms are run by men, a market with stands of traditional craftsmen, men gathering in the guest section of a Bedouin tent, a couple riding camels, etc. 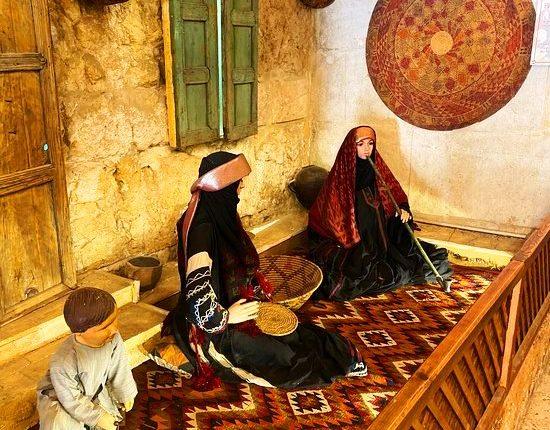