Wadi Rum – The Valley of the Moon

A stupendous, timeless place, virtually untouched by humanity and its destructive forces. Here, it is the weather and winds that have carved the imposing, towering skyscrapers, so elegantly described by T.E. Lawrence as “vast, echoing and God-like…”
Wadi Rum desert is probably best known because of its connection with the enigmatic British officer T.E. Lawrence, who was based here during the Great Arab Revolt of 1917-18, and as the setting for the film that carried his name “Lawrence of Arabia”.

A maze of monolithic rockscapes rise up from the desert floor to heights of 1,750m creating a natural challenge for serious mountaineers.
Hikers can enjoy the tranquility of the boundless empty spaces and explore the canyons and water holes to discover 4000-year-old rock drawings and the many other spectacular treasures this vast wilderness holds in store.
Everywhere in this moonscape place of Wadi Rum, are indications of man’s presence since the earliest known times.
Scattered around are flint hand axes, while on the rocks at the feet of the mountains the names of ancient travelers are scratched. All around, there is emptiness and silence. In this immense space, man is dwarfed to insignificance. 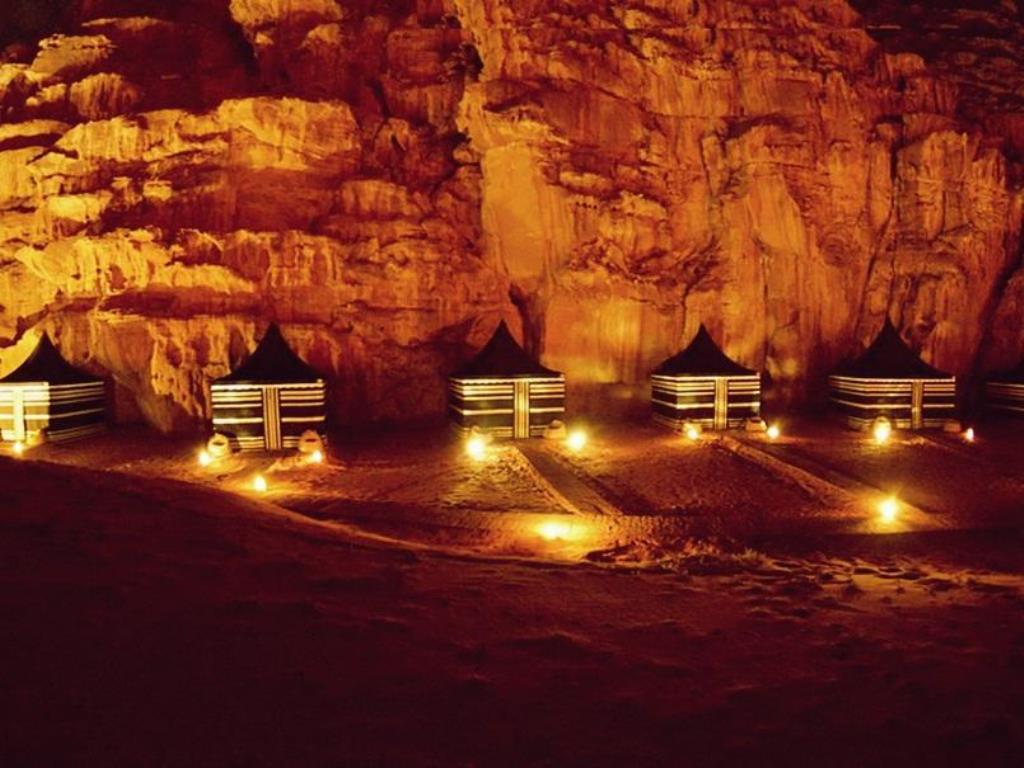 From Aqaba: From Aqaba, head north, the journey time is less than one hour.

There are many ways to explore this fragile, unspoiled desert retreat.
Serious trekkers will be drawn to Wadi Rum, with challenging climbs some 1750 m high, while casual hikers can enjoy an easy course through the colorful hills and canyons.
Naturalists will be drawn to the desert in springtime, when rains bring the greening of the hills and an explosion of 2000 species of wildflowers. Red anemones, poppies and the striking black iris, Jordan’s national flower, all grow at will by the roadside and in more quiet reaches.

Wadi Rum is an ideal location for hiking, climbing and trekking. Except in summer months, climbing the Rock Bridge here is unforgettable.
4×4 Jeep tours and hot air balloon riding at dawn and in the late afternoon are feasible with previous arrangement. Camping, camel ride, Camel trips from the wadi to either Aqaba (several days) or Petra (about a week) may also be arranged.. 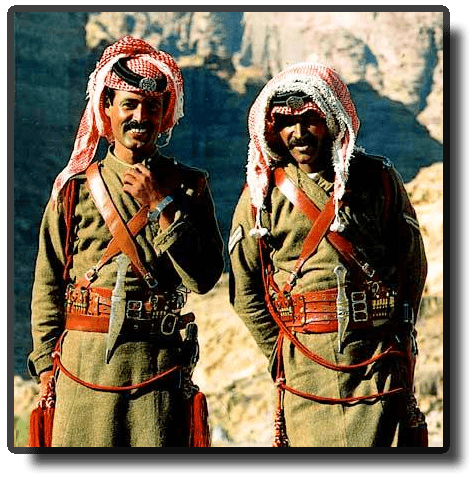 The desert tribes, Huweitat and Mzanah, inhabiting Wadi Rum maintain the warm hospitality which characterizes genuine Arab culture. It would be difficult to resist their friendly invitation to share mint tea or cardamom-flavored coffee in their black tents. Enjoy the hospitality whilst sitting by the fire under a starry desert sky – an unforgettable experience.
Before reaching Wadi Rum, visitors will encounter the fort of the Wadi Rum Desert Patrol. The patrolmen are friendly, hospitable and will answer questions willingly over a cup of coffee.
Perfect ambassadors for their country, the men of the famous Desert Patrol wear perhaps the most beautiful uniforms in the Middle East: a long khaki dish-dash held by a bright red bandoleer, a holster with a dagger around the waist, and rifle slung over the back. The headdress is the traditional red-and-white checkered Kouffieh worn by the Bedouins of Jordan, but wrapped under the chin. The Desert Patrol operates out of an old beau guest-style police fort built in the 1930s. 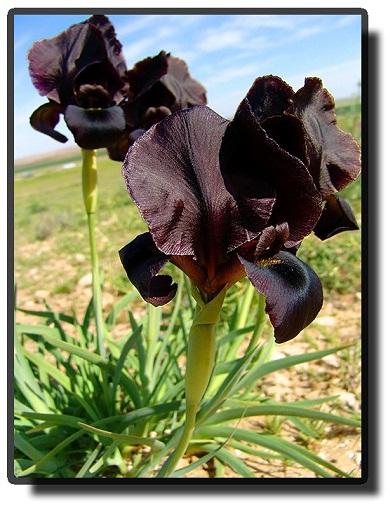 Wadi Rum is a protected environment. Rare species of animals, small plants, and herbs can be found by the inquisitive traveler. Red anemones, poppies and the striking black iris, Jordan’s national flower, all grow at will by the roadside and in more quiet reaches. Herbal medicinal cures used for centuries by the Bedouins are found in the mountainous regions.
Wadi Rum is also a bird-watchers’ haven with its 110 recorded species. Vultures, buzzards, eagles and sparrows are a few to be seen by those looking skyward. Other interesting creatures to be found include the camel-spider, feared by local Bedouins for its ability to harm camels, however this spider is not dangerous to man.
Seen gracefully in its natural habitat, the Ibex, mountain goat, is often spotted in the desert terrain. Another interesting animals in Wadi Rum are the Gray Wolf, Blandford’s Fox, and the Arabian Sand Cat which is similar in appearance to a domesticated cat and survives in its harsh desert surroundings. 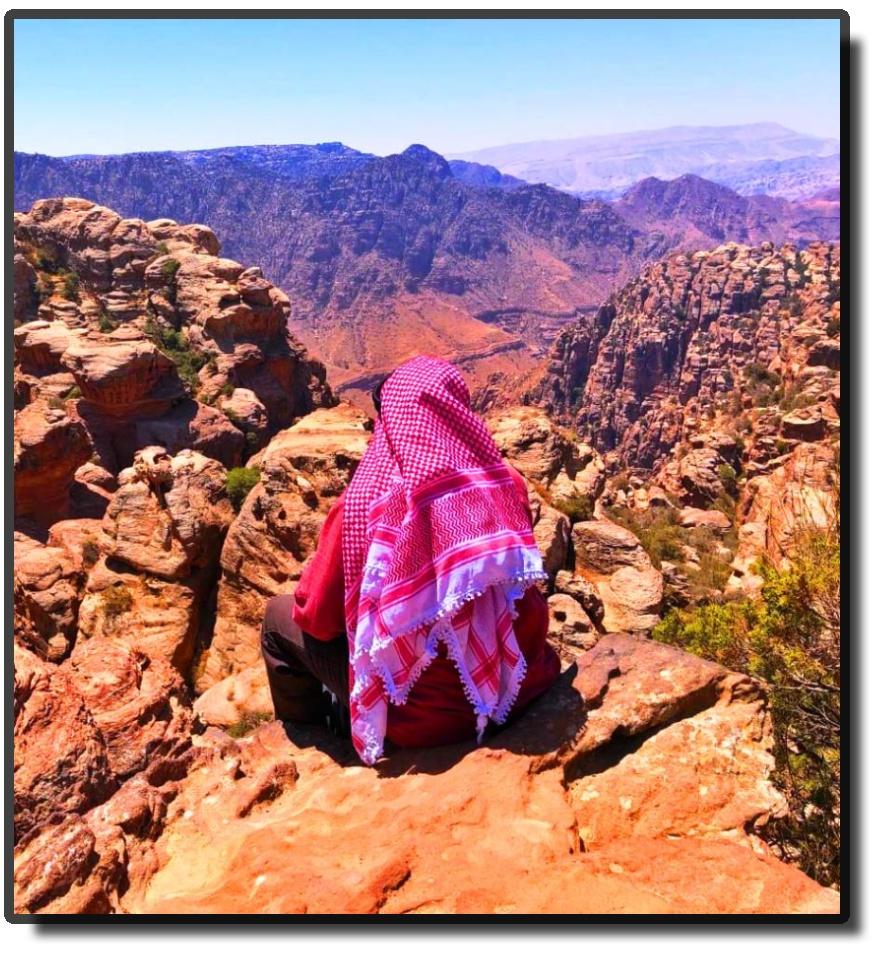 The sandy valleys of Wadi Rum are located on average around 1000 meters above sea level. That is why the temperatures are cooler than in the eastern desert plains of Jordan, the Red Sea and the Jordan valley. Wadi Rum is characterized by a dry climate and a high variation of the daily temperature range depending on the time of the year: in summer, temperatures range from 15C ° to 45C °, while in winter they range from 5C ° to 20C °. Annual precipitation is low (i.e. 50 to 100 mm) and concentrated in winter. Ideal months to visit are March, April, September, October and November. Wadi Rum receives its annual rainfall in the winter months. It has also been known to snow in the mountains, yet snow quickly melts.

In the winter, it’s recommended to dress in layers, a jacket over a pullover, over a sweatshirt, over a tee shirt: like this you can peel off as much as you want to. Remember that walking in the sun, and sitting in the shade are quite different, and don’t leave a pullover/sweater at the hotel just because the sun is shining and the sky is blue. You may well appreciate a pair of gloves for visiting Wadi Rum! Almost certainly the desert temperature will go down close to freezing point at night, quite probably beyond, possibly well beyond! A difference of 20 or even 25°C between daytime and nightime temperature is quite normal in Jordan.
Protective clothing should be worn in the summer. Sun block, water and cool covering clothing should be used in the summer months. Conservative clothing should be worn at all times, for respect of the traditional Bedouin culture. 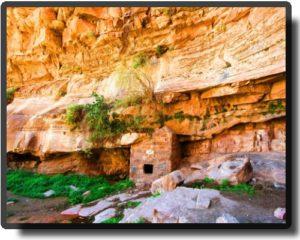 Where Lawrence of Arabia reputedly washed during the Arab Revolt. Has an attractive rock inscriptions on nearby rocks. 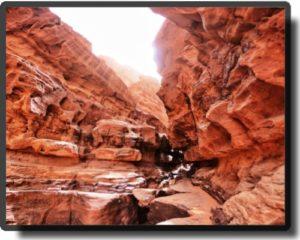 Deep, narrow fissure in the mountain side, containing many rock inscriptions. 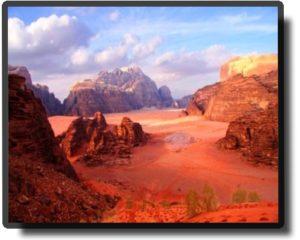 Winter and summer sites, where you get the most dramatic views of Wadi Rum as the sun sinks below the horizon. 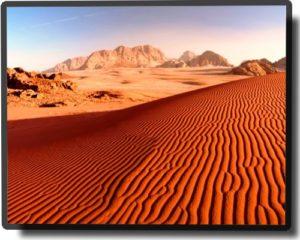 large area of sand dunes piled up against the mountains. Fun to climb to the top. Have desert-adapted plants. 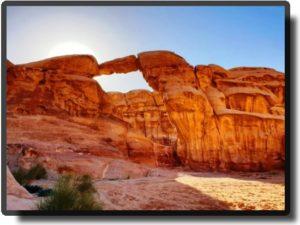 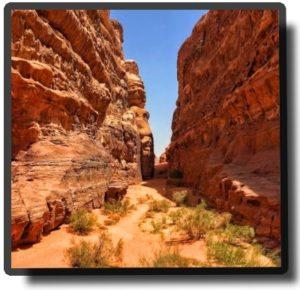 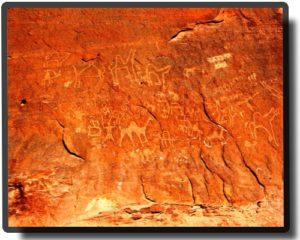 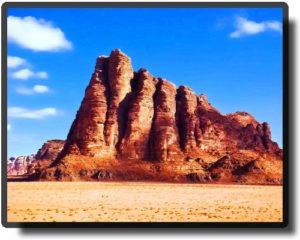 Although the free handout map, and almost all tourist literature, names the soaring pinnacles of rock directly opposite the Visitor Centre as the “Seven Pillars of Wisdom”, this is a fabrication, made up in the last few years by marketing executives to cash in on the legend of Lawrence. (Five of the pinnacles are in plain view; the other two are round the side.) Lawrence never mentioned this mountain, and took the title of his most famous work from the Book of Proverbs (9:1): “Wisdom has built a house; she has hewn out her seven pillars”. The local bedouin referred to this mountain as Jabal al-Mazmar long before outsiders had ever heard of Rum. It seems tragic that even they are now calling it the “Seven Pillars” 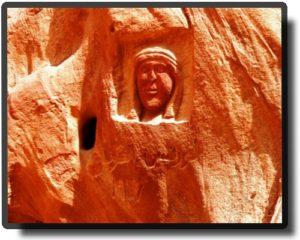 Short canyon containing a carving of the head of T. E. Lawrence. 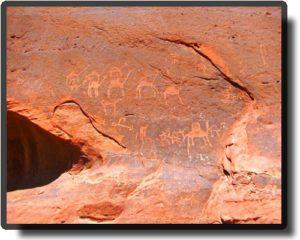 This mountain is famous for its formations and inscription. Anfashieh has numerous Thamudic and Nabatean inscriptions, next to it drawings of animals, humans, and camel caravans.

Used by Nabatean to worship ALLAT (Goddes). This temple was built on the ruins of Allat temple of the AAD TRIBE. 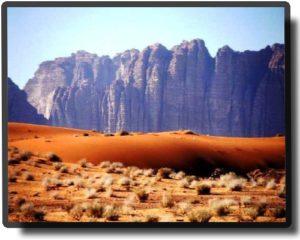 Located inside Wadi Rum and near Saudi Arabia’s border, Um Al Dami Mountain stands high emanating from the picturesque sand. It is the tallest mountain in Jordan provides summit views at an elevation of approximately 1,854 meters.

The Mountain is typical destination for climbers. The ascent is not particularly difficult, taking about two hours and involving very little scrambling.

The Mountain peak embraces many of hyrax, a small rodent like mammal that lives under the rocks. If you are lucky you might spot them while hiking.

A UNESCO World Heritage Site in 2011

Wadi Rum has been inhabited by many human cultures since prehistoric times, with many cultures–including the Nabataeans–leaving their mark in the form of petroglyphs, inscriptions, and temple.

In the West, Wadi Rum may be best known for its connection with British officer T. E. Lawrence, who passed through several times during the Arab Revolt of 1917–18. In the 1980s one of the rock formations in Wadi Rum, originally known as Jabal al-Mazmar (The Mountain of (the) Plague), was named “The Seven Pillars of Wisdom,” after Lawrence’s book penned in the aftermath of the war, though the ‘Seven Pillars’ referred to in the book have no connection with Rum.

Lawrence described his entrance into the Valley of Rumm, “The hills on the right grew taller and sharper, a fair counterpart of the other side which straightened itself to one massive rampart of redness.
They drew together until only two miles divided them: and then, towering gradually till their parallel parapets must have been a thousand feet above us, ran forward in an avenue for miles.

The crags were capped in nests of domes, less hotly red than then body of the hill; rather grey and shallow. They gave the finishing semblance of Byzantine architecture to this irresistible place: this processional way greater than imagination.” 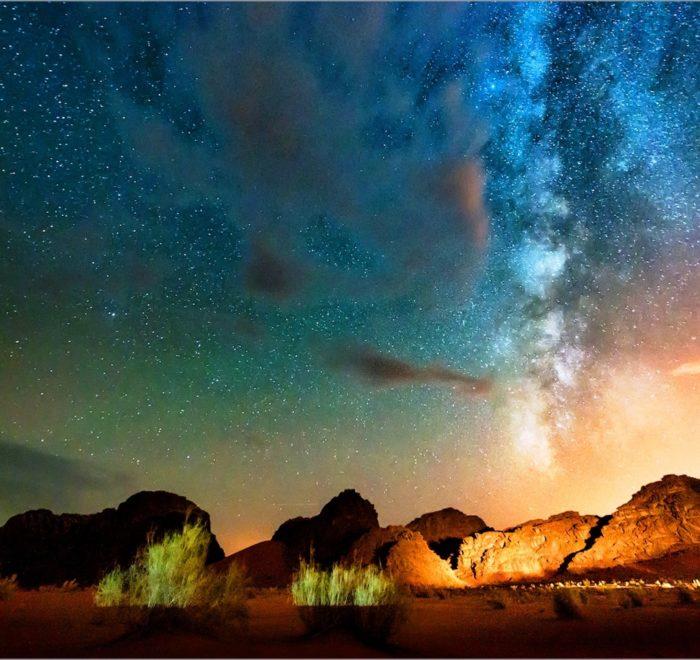 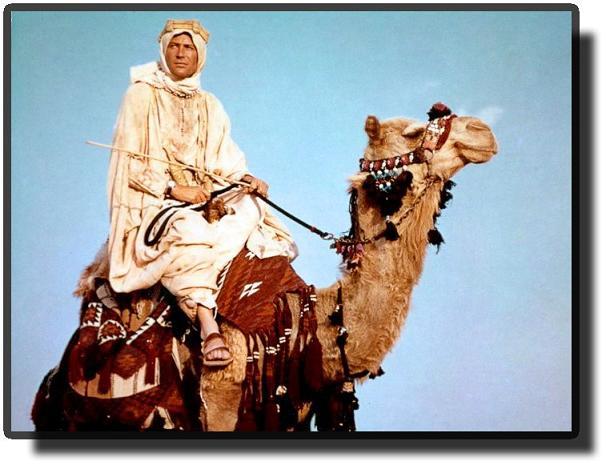 Lawrence also described his encounter with the spring, Ain Shalaaleh, “On the rock-bulge above were clear-cut Nabathaean inscriptions, and a sunk panel incised with a monogram or symbol.
Around and about were Arab scratches, including tribe-marks, some of which were witnesses of forgotten migrations: but my attention was only for the splashing of water in a crevice under the shadow of the overhanging rock. I looked in to see the spout, a little thinner than my wrist, jetting out firmly from a fissure in the roof, and falling with that clean sound into a shallow, frothing pool, behind the step which served as an entrance. Thick ferns and grasses of the finest green made it a paradise just five feet square.”

The discovery of the Nabataean Temple (located walking distance from the Rest House) in 1933 briefly returned the spotlight to the desert. A French team of archaeologists completed the excavations in 1997.

To Do in Wadi Rum 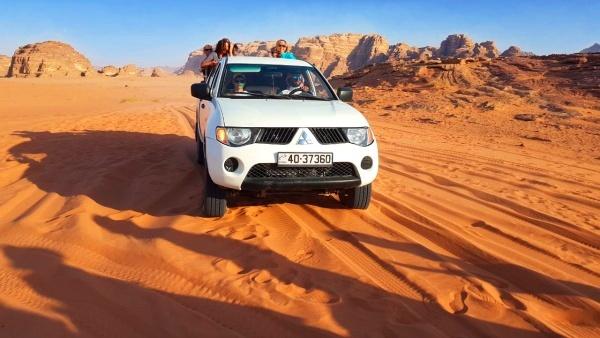 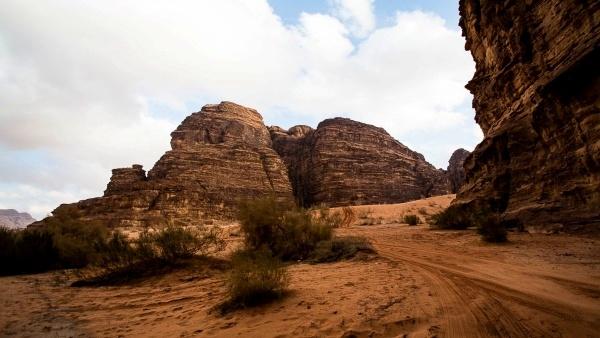 Get away from it all. Far, far away ! 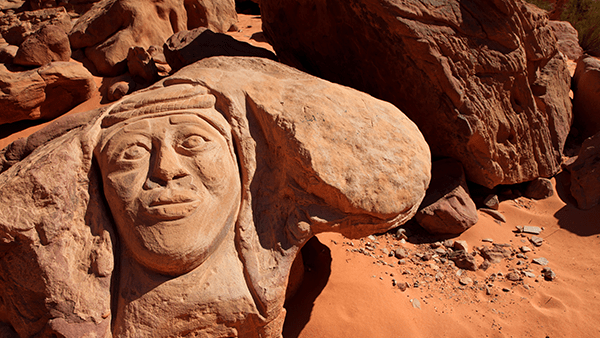 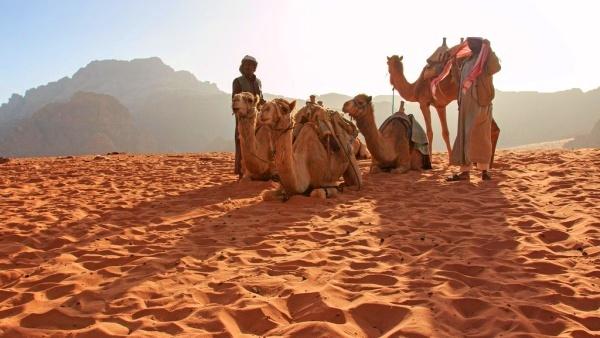 Enjoy a ride of Camel-back riding 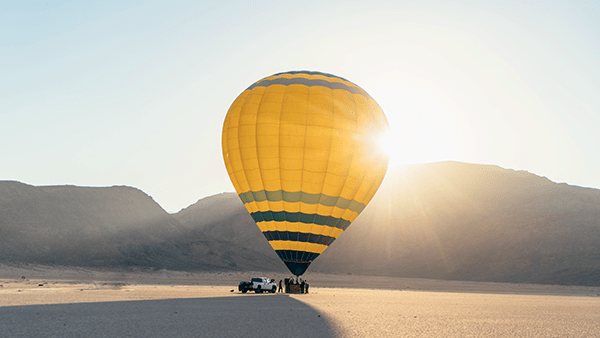 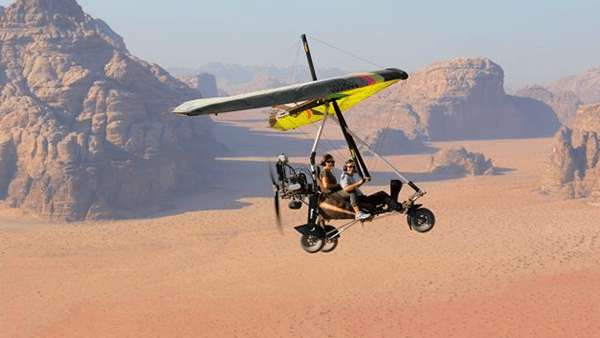 Return to the roots of aviation in Rum Sky 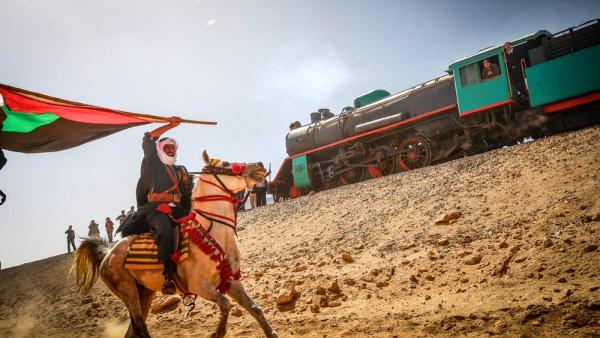 Ride on the Hijazi train tracks ! 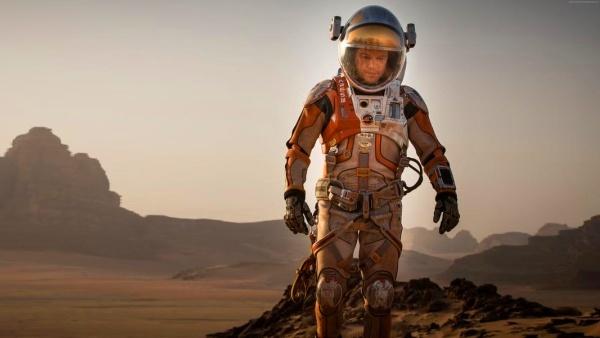 Take a photo like a Star in Wadi Rum 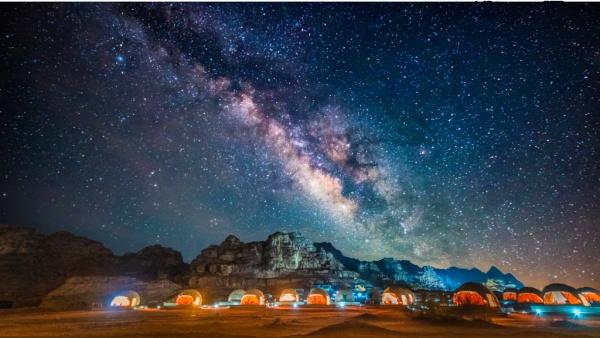 Discover the magic of the night skies of Wadi Rum