+962 7 9635 8199 info@jordan-travel.com
LoginSign Up
On the eastern side of Amman's Forum stands a 500-seat Odeon the small copy of amphitheater

The Odeon Adjacent to the theater and set on the east side of the Forum is the Odeon. It dates back to the late 2nd century AD. The lower seats of this monument, which could accommodate up to 500 spectators, have been restored and it is used occasionally for concerts.

Perpendicular to the axis of the Roman Theater, and demarcating Amman’s Roman Forum on the East, is the Odeon; aware of confusion with the large Roman Theatre that stands right next to it, on the southern side of the Hashemite Plaza, while the Odeon stands on the east side of the Plaza.

A smaller theater mainly used for music, poetry readings, debates, or lectures.
Built in the 2nd century AD, at the same time as the Roman Theatre next to it.
its semicircular seating space has a capacity of about 500 seats in 9 rows.

The Odeon was recently restored along with the nearby Nymphaeum fountain. 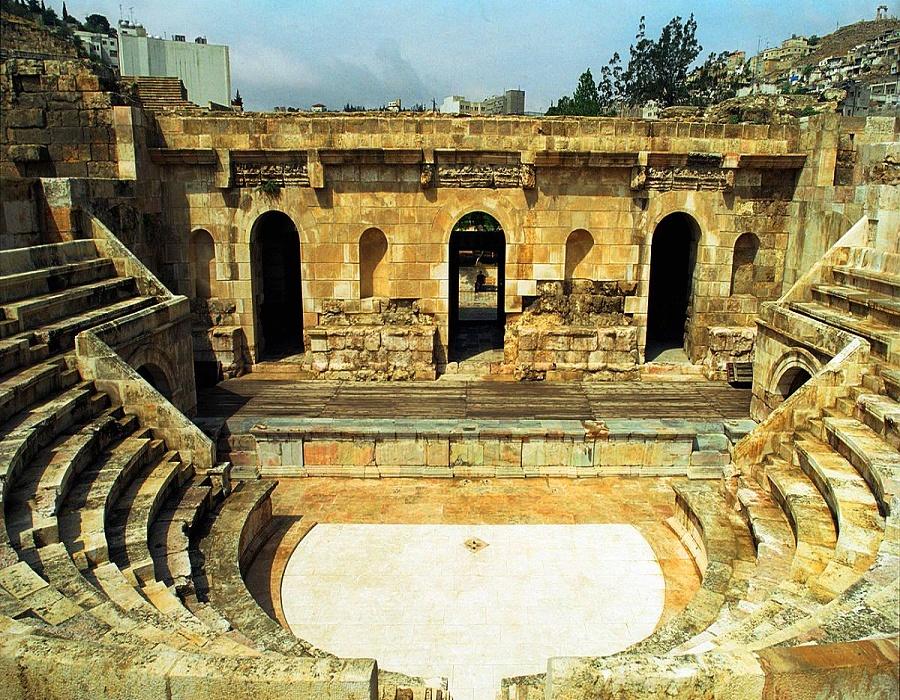 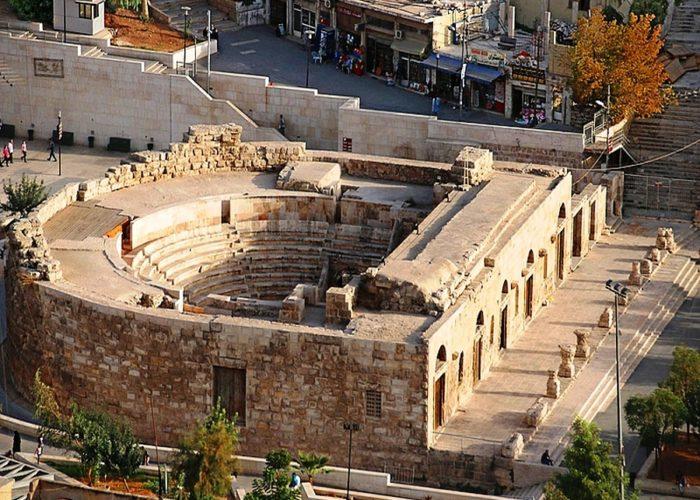 Archaeologists have speculated that the Odeon was most likely closed by a temporary wooden roof that shielded the audience from the weather.

The stage building used to be richly decorated with friezes and niches. It has a vaulted interior gangway which connects to the stage via three doors.

In a general way, the construction of an Odeon was similar to that of an ancient Greek theatre and Roman theatre, but it was only a quarter of the size and was provided with a roof for acoustic purposes, a characteristic difference.

The prototype Odeon was the Odeon of Pericles (Odeon of Athens), a mainly wooden building by the southern slope of the Acropolis of Athens.

It was described by Plutarch as ‘many-seated and many-columned’ and may have been square, though excavations have also suggested a different shape, 208 x 62 feet.

Like the Roman Theater, the Odeon is regularly used today, for example, for performances during the Al Balad Music Festival that  was launched in 2009 by Al Balad Theater and receives support from the Greater Amman Municipality, the Jordanian Ministry of Tourism and Antiquities, and the European Union in Jordan, as well as other sponsoring partners in media, tourism, culture, and the arts.

The Al-Balad festival hosts different bands each time from Jordan and abroad, but with special emphasis on artists from the Arab region. 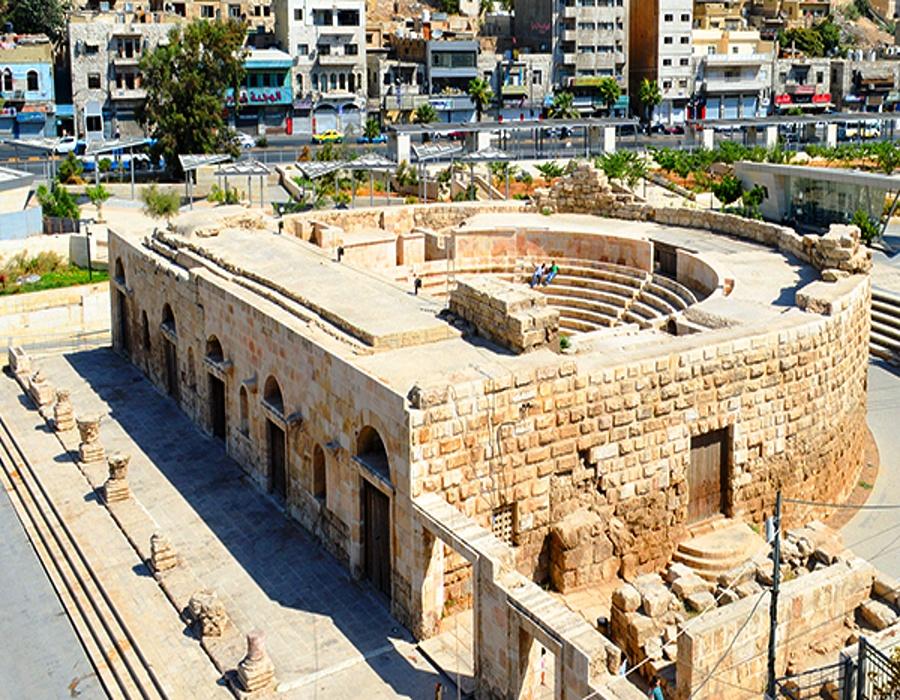